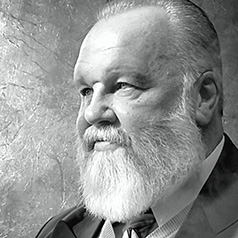 Pastor Ray Barnett has served in the Amsterdam, NY area for over 30 years. As the founding pastor of the Time For Truth Ministries, his desire is to see a true Biblical New Testament church in our modern days, founded on the love of the brethren, and has labored to that end through times of blessing and adversity.

In chapter 14, we read of the Law of the Leper's cleansing. Moses receives a detailed series of instructions then given to the Levites through him so this Law takes up more space than most of the others. Adam Clarke comments -

"Introduction to the sacrifices and ceremonies to be used in cleansing the leper, Lev_14:1-3. Two living birds, cedar-wood, scarlet, and hyssop, to be brought for him who was to be cleansed, Lev_14:4. One of the birds to be killed, Lev_14:5; and the living bird, with the cedar-wood, scarlet, and hyssop, to be dipped in the blood, and to be sprinkled on him who had been infected with the leprosy, Lev_14:6, Lev_14:7; after which he must wash his clothes, shave his head, eye brows, beard, etc., bathe himself, tarry abroad seven days, Lev_14:8, Lev_14:9; on the eighth day he must bring two he-lambs, one ewe lamb, a tenth deal of flour, and a log of oil, Lev_14:10; which the priest was to present as a trespass-offering, wave-offering, and sin-offering before the Lord, Lev_14:11-13. Afterwards he was to sprinkle both the blood and oil on the person to be cleansed, Lev_14:14-18. The atonement made by these offerings, Lev_14:19, Lev_14:20. If the person were poor, one lamb, with the flour and oil, two turtledoves, or two young pigeons, were only required, Lev_14:21, Lev_14:22. These to be presented, and the blood and oil applied as before, Lev_14:23-32. Laws and ordinances relative to houses infected by the leprosy, vv. 33-48. An atonement to be made in order to cleanse the house, similar to that made for the healed leper, Lev_14:49-53. A summary of this and the preceding chapter, relative to leprous persons, garments, and houses, Lev_14:54-56. The end for which these different laws were given." Lev_14:57.

For the New Testament, the analogy between leprosy and sin is the probable reason for such detailed instructions. Matthew Henry says -

If we apply it to the spiritual leprosy of sin, it intimates that when we withdraw from those who walk disorderly, that they may be ashamed, we must not count them as enemies, but admonish them as brethren, 2Th_3:15. And also that when God by his grace has brought those to repentance who were shut out of communion for scandal, they ought with tenderness, and joy, and sincere affection, to be received in again. Thus Paul orders concerning the excommunicated Corinthian that when he had given evidences of his repentance they should forgive him, and comfort him, and confirm their love towards him, 2Co_2:7, 2Co_2:8. And ministers are entrusted by our Master with the declarative power of loosing as well as binding: both must be done with great caution and deliberation, impartially and without respect of persons, with earnest prayer to God for directions, and a sincere regard to the edification of the body of Christ, due care being always taken that sinners may not be encouraged by an excess of lenity, nor penitents discouraged by an excess of severity.

TRUTH FOR TODAY : CHRIST TOOK OUR DEATH AND GAVE US HIS LIFE!

As we read the Law, it does not take long to see how much the idea of atonement occupies so much space. Sin had so thoroughly permeated Man, that we cannot grasp the full extent of its power over us. Thus, we read repeatedly the need of cleansing from sin. Under the Law, the variety of rituals and ceremonies needed to cleanse the children of Israel from all types of sin seems endless. The Treasury of Scriptural Knowledge states -

"Leviticus is a most interesting and important book; a book containing a code of sacrificial, ceremonial, civil, and judicial laws, which, for the purity of their morality, the wisdom, justice, and beneficence of their enactments, and the simplicity, dignity, and impressive nature of their rites, are perfectly unrivalled, and altogether worthy of their Divine Author. All the rites and ceremonies of the Mosaic Law are at once dignified and expressive. They point out the holiness of their Author, the sinfulness of man, the necessity of an atonement, and the state of moral excellence to which the grace and mercy of the Creator have destined to raise the human soul. They include, as well as point out, the gospel of the Son of God; from which they receive their consummation and perfection. The sacrifices and oblations were significant of the atonement of Christ; the requisite qualities of these sacrifices were emblematical of his immaculate character; and the prescribed mode in the form of these offerings, and the mystical rites ordained, were allusive institutions, calculated to enlighten the apprehensions of the Jews, and to prepare them for the reception of the Gospel. The institution of the high priesthood typified Jesus, the Great High Priest, called and prepared of God, who hath an unchangeable priesthood, and is able to save to the uttermost all that come unto God by him."

"For the law made nothing perfect, but the bringing in of a better hope did; by the which we draw nigh unto God. And inasmuch as not without an oath he was made priest: (For those priests were made without an oath; but this with an oath by him that said unto him, The Lord sware and will not repent, Thou art a priest for ever after the order of Melchisedec:) By so much was Jesus made a surety of a better testament. And they truly were many priests, because they were not suffered to continue by reason of death: But this man, because he continueth ever, hath an unchangeable priesthood. Wherefore he is able also to save them to the uttermost that come unto God by him, seeing he ever liveth to make intercession for them. For such an high priest became us, who is holy, harmless, undefiled, separate from sinners, and made higher than the heavens; Who needeth not daily, as those high priests, to offer up sacrifice, first for his own sins, and then for the people's: for this he did once, when he offered up himself. For the law maketh men high priests which have infirmity; but the word of the oath, which was since the law, maketh the Son, who is consecrated for evermore. [Heb 7: 19 - 28]

When it says Jesus saves to the "uttermost," it means - entirely, completely. In other words, there is no on sin - none at all, from which He has not cleansed us! No longer do we have to have atonement for each individual sin. Through Jesus death on the cross, every sin was cleansed - all of them, forever!

"Giving thanks unto the Father, which hath made us meet to be partakers of the inheritance of the saints in light: Who hath delivered us from the power of darkness, and hath translated us into the kingdom of his dear Son: In whom we have redemption through his blood, even the forgiveness of sins: And, having made peace through the blood of his cross, by him to reconcile all things unto himself; by him, I say, whether they be things in earth, or things in heaven. And you, that were sometime alienated and enemies in your mind by wicked works, yet now hath he reconciled In the body of his flesh through death, to present you holy and unblameable and unreproveable in his sight." [Col 1:12 - 14; 20 - 22]